Daughter of a Warrior Goddess

My mom died nearly 11 years ago.  Margaret Kathryn Thixton Sebastian was . . . well . . .let’s just say she was one of a kind.  Mom embraced her zodiac symbol, the bull,  and claimed it proudly whenever she stubbornly clutched to an opinion, decision, or desire.  How to describe the woman? Fierce.  Opinionated.  Roosevelt Democrat, although we never let her forget she voted for Nixon.  A kick-ass cook.  More of an authoritarian type parent - her rules or her hand on your butt, your choice. She got things DONE.  Once, with one blistering phone call to the postmaster of Downers Grove, IL, we were assigned new functioning mailing address and made our letter carrier’s day to see his boss sweat and scramble. 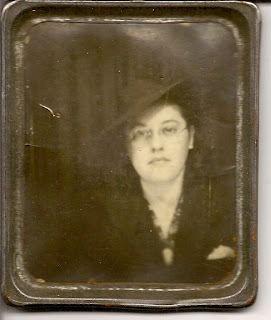 When I think of my mom, I think “Warrior Goddess.”  Her life forged her into tempered steel.  She survived.  Her mother died when she was 12.  She was the co-dependent in a 40 year marriage to my alcoholic father.  She watched her father, her husband, and her sister-in-law die of cancer.  She saw her sons off to the military and off to Viet Nam.  She endured great loneliness after Dad died in 1979.  She managed her diabetes as best she could, but I think she suffered more physically in her last years than she would admit. She survived. Kathryn Sebastian, Warrior Goddess.  Mom in a Xena Warrior Princess costume? Maybe more Annie Oakley without any frilly stuff.

I started to write this afternoon because I am feeling pretty pissy about my parents and their smoking and the permanent damage it has caused my lungs.  I am home from work struggling to move air in and out of my lungs, and honestly, feeling kind of bitter.  All I did was visit my daughter for 20 minutes TWO days ago.  She and her housemates now have two beautiful kittens, but in my old age, I have developed an allergy to cats.  No itchy eyes or sneezing.  I just stop breathing.  Man, I didn’t even sit on the couch or touch them. I thought I got out in time. Damn.

Try as I might want to blame my parents, I am the daughter of a Warrior Goddess.  Yes, her smoking may literally kill me one day, but by the time the warning labels came out, her brain chemistry had been altered for 50 years.  Corporate American and profits strike again, making people believe that smoking is good for you and then, “Oh, my bad” after the damage is done. And the Warrior Goddess tried and tried to stop, but it was before nicotine patches.  She never stopped completely.  Warrior Goddesses want to be strong examples. 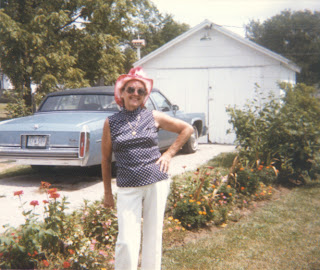 Daughters of Warrior Goddesses are taught to survive.  To endure. Loudly. To name it, claim it, and then to kick it to the curb.  We don’t take “defeat” well.  My lungs are not going to defeat me.  My parents' brothers', and friends’ second hand smoke is not going to win.  C’mon lungs, in and out already!

Daughters of Warrior Goddesses grow up thinking they can do or be whatever they want.  They are empowered. They are smart.  They are passionate.  They believe the status quo is an illusion. This Libra daughter is not afraid to work against injustice whether through the system or in the street.

So instead of whining about the asthma, I get pissed.  (Alright, maybe I whine to my husband.)  I have a heritage to uphold. I can’t make it go away with my rage, but I can tell every smoking parent I meet what will happen to their children by the time those children are 50.

Magdalyn Sebastian, Warrior Goddess in the making.
Posted by Maggie Sebastian at 6:39 PM