Wise Men in Our Midst

Do not neglect to show hospitality to strangers, for by doing that some have entertained angels without knowing it.  Hebrews 13:2 NRSV
“Teacher, which commandment in the law is the greatest?” He said to them, “‘You shall love the Lord your God with all your heart, and with all your soul, and with all your mind.’  This is the greatest and first commandment.  And a second is like it: ‘You shall love your neighbor as yourself.’  On these two commandments hang all the law and the prophets.’” Matthew 22:36-40
I’ve been blessed by wise men this week.  I did not expect to be the recipient of wisdom, but I think that’s how it works.  When we expect someone to be wise - to be the giver of answers - we are too often disappointed.  Wisdom is best received and perceived when it bubbles up from unthinkable places or from unlikely people.
What surprised me the most by my two wise men (sorry there were not three), was their messages had to do with love, tolerance, and acceptance.  We want to categorize “the other” and certainly men in their 80s and 90s don’t seem to fit in the categories of acceptance, tolerance, or diversity.  But these two men were the unexpected carriers of wisdom lessons about embracing the stranger, loving, and being loved.
Oh, and my wise men were “disaffected” from the institutional church.  Go figure. 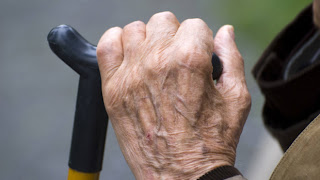 The younger of the men, in his mid 80s, told me about the initial influx of the current ethnic minority in his small town.  He did not deride these “newcomers.”  He did not try to blame them for the cataclysmic changes that his community has undergone in the last few decades.  As we talked, he looked far away, pensive.  He told a story about “the first group” who were brought to the town as agricultural workers.  They were shown their new accommodations, left on their own, and expected to acclimate automatically.  There were missteps and misunderstandings.  While others mocked their “stupidity,” my white-haired guru reflected on how overwhelmed they must have felt.  If someone has never seen a gas stove or an  American grocery store, why would you expect them to immediately master their new environment, he pondered.  “I’ve thought what would any of us do if we were plopped in their country, without the language, without knowing the culture.  How would that feel?  How would we cope?  We would struggle just as much and people would mock us. They’re tough.”
With these few sentences, he dispelled my biases about people “of an age” and how they feel about brown-skinned immigrants.  He showed compassion and empathy.  For that conversation, he served as the voice of Christ to me, reminding me to show extravagant love toward the hungry, the thirsty, the sick, the imprisoned, and the stranger.  Such a wise man.
Later, when his wife joined us, he identified himself as a non-Christian.  For him that meant someone who was not brought up in "the church” and who never embraced “the church.”  He believed in a Higher Power and said that occasionally he went to church with his wife.  “But I feel like this every time,” pulling is arms to his sides and making himself as small as possible.  “I’m so afraid that I will do something ‘wrong.'”  How sad.  How sad that the wise man who has a Divine understanding of welcoming the outsider does feel welcome in the house of God.
My other wise man was the elder of the two.  As he reviewed some of the events in his long life, he interpreted their meaning from an intellectual perspective.  He was articulate, educated, reflective.  He divided his life into the “romantic” and the “practical.”  The romantic was when he allowed himself to embrace his creative, artistic tendencies.  The practical was when he accepted the responsibility of running his father-in-law’s business when his father-in-law died.  He had initiative and sought out education and training to achieve his highest potential.  He provided for his family and hoped that he was fair to his employees.  When he sold the business, I assume making enough of a profit to provide for his needs, he returned to “romantic” pursuits of creating and craft. 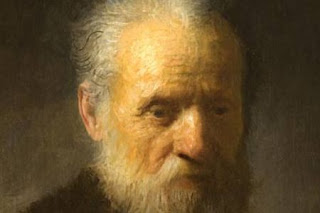 Part of this “romantic” period occurred after his wife was placed in care for her Alzheimer’s.  “They had a group, you know, and I participated.”  From his description the group was not for other caregivers but was composed of male residents.  Men who still had stories buried within.  His tired voice grew excited as he talked with wonder at discovering the changes that came over this group of men by his consistent presence.  At times my wise man groped for words, finally settling on the term “paying attention” and how “paying attention” to the other could change their lives, even improve their cognition.  “That’s what they needed, and I could do that,” he said with satisfaction  He brought up a shaking hand to his chest, “and I could not believe how it strengthened me to pay them attention.”  Tears welled in his red-rimmed, astonished eyes.  Acknowledging the other’s humanity, even through the fog of dementia, changed the men in this group and obviously had a profound effect my elder wise man.  “What would it be like if we paid more attention to each other?” he asked. What would it be like indeed.
Early in our conversation he wanted to clarify for me, the chaplain, that while he greatly admired his female pastor’s sermons and “ideas,” the liturgy of the church no longer held meaning for him.  His health prevented his attendance for the most part, but in truth, he confessed, the “stuff” of church was no longer relevant .  Because of this admission, he assumed that he “wasn’t much of a Christian.”  As he told his stories, of which the above was just one, I tried to tie them to the stories of our faith.  His paying attention was Imago Dei  I told him - seeing the image of God in the other.  This seemed to comfort him and from the little I gathered in our brief relationship, would cause him to ruminate on this suggestion for a while.  Even a wise man can appreciate a positive lesson now and then.
My life has been blessed by the wisdom of old men this week.  Old men who others might marginalize because of their age, their health, or their occasional loss for the “right” word.  These men, however, know what it means to embrace the other as Christ’s love embraces us.  They are not “church” men, but I believe the church can learn from them.  My prayer is that I reflected Christ’s loving embrace back to them this week.  My prayer is that the sometimes awkward, frumpy chaplain helped them to feel as  unconditionally accepted as they made me feel.
Posted by Maggie Sebastian at 9:22 PM