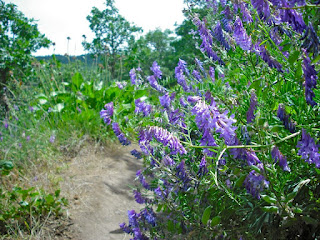 The sun is shining brilliantly, casting playful shadows across Coyote Wall.  The California  Poppies, Bachelor Buttons and other wildflowers dot the ridge in startling oranges, blues, purples, and the occasional red.  And the lavender is full and round and dressed in fragrant blooms.  The wind is strong making robust white caps crash against the banks of the Columbia.  Soon wind surfers will appear and compete with the eagles dancing on the air currents.

And I want to hide under twelve inches of blanketing and wake up sometime in the distant future. F-- this.

I have been sick and that tends to skew my mood and my thinking.  Don’t know if it was food poisoning or a dose of whatever people in the ED had, but my intestinal track has been in revolt.  On the silver lining side, I am back down to 110 pounds, but I would not recommend this as a form of dieting.  Rice and applesauce only satisfy the pallet for so long.

But it’s more than that.  I would like to blame my mood and my circumstance on God.  “If I was still at the State Museum I would be making about 75 grand by now.”  Never mind that working for the State of New York I probably would have gone ballistic long ago and would be serving 15-life at Riker’s Island. That is all beside the point in my Sad Sack Story.  Following God’s call requires sacrifices, but come on already!  Oh, and I don’t want any rational interjection about possible erroneous or poor choices on my part along the way.  I am having a pity party and that’s that.

Where are my pajamas? 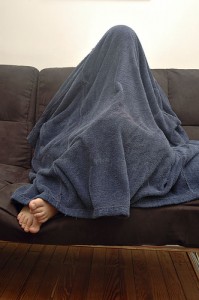 When do we get to NOT struggle with money? I’m 52 freaking years old! I already gave away most of my stuff and I miss it.  I miss my pink sweater with the hood and the mixing bowls.  Actually Tim misses the mixing bowls since he is the one who cooks. So I  guess I only miss one thing I gave away. That doesn’t seem to support my whole argument here. Damn. Strike the above paragraph from the record.

I have a wonderful job that pays well with decent benefits and yet  . . . and yet.  We were trying to remember a time when we were both making a professional wage at the same time.  I think it was 1999 before I walked away from the museum for seminary.

Ugh. And then there’s West Virginia where Tim was not able to find a professional job no matter what.  An eminently qualified educator that no one would hire because .  . . because he wasn’t from around there?  because he was a man and there were antiquated ideas about men in early childhood?  because he was meant for another path? Blah blah blah.  I know. Tim would not have heard his call to ministry if we weren’t in West Virginia. Whoop tee do.  I told you, no cogent feedback, just “oh you poor dear.”  Got it?

I wonder where I can get lactose-free, no sugar added chocolate that will not upset my stomach?

I am supposed to be at an age and in a place where I can help my young adult children as they are starting out.  It kills me to see them struggling and not able to help.  That’s what I’m supposed to be doing - helping them but I can barely help myself.  They are part of this generation where college degrees don’t necessarily get you well paying jobs and school debts (for which you can no longer declare bankruptcy) keep you in poverty.

This is total crap, and I think I am going to blame God after all.  Tim followed a distinct call from God to move to Portland, and what happened? We wound up in Hood River/Mosier.  What up God?  Trying to figure out what God is about in this place is hard and there is not one damn thing I can do help Tim.  It’s between him and God.  See, I knew it.  It is God’s fault.

Did I mention I swear a lot when I’m in a shitty mood?

Well life marches on.  Good things are happening for Jess’ school where she works.  Isaac is crazy in love and together they will figure out this next phase in their lives.  Tim has some ministry prospects, is writing more than ever, and cooks wonderful dinners for me.

Which reminds me, I think I’m getting hungry.

God is abundant.  God is gracious.  God is an extravagant lover.  God is good - even if God has a warped sense of humor.
Posted by Maggie Sebastian at 10:31 AM