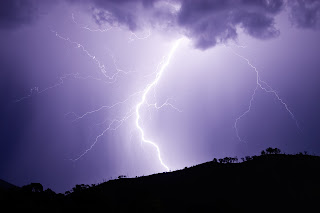 You’ve had one of those dreams I’m sure.  A dream that has you a bit unnerved and keeps pestering you during your waking hours the next day.  Early this morning, between the spectacular claps of thunder and REM, I had such a dream.


My dream was muddled for sure: images of our Springdale neighborhood, abandoned buildings in East Wheeling, historic houses, a really tacky bathrobe.  The “can’t get you off my mind” part of the dream was that I found myself alone, on foot, in Tennessee realizing that I had suffered a TIA.  I had dementia and was lost.  “Very truly, I tell you, when you were younger, you used to fasten your own belt and to go wherever you wished. But when you grow old, you will stretch out your hands, and someone else will fasten a belt around you and take you where you do not wish to go.” (John 21:18)  I do NOT wish to go to Tennessee.

OK. Obvious themes are: moving across the country, leaving my familiar places, getting lost, and dementia. My sleeping brain had to work on these themes because my waking brain was ignoring them.  I thought ignoring was a legitimate coping mechanism . . .
I know that while I am excited about this new chapter in my life, I am anxious about a new place, a new way of living, and a new job.  There is grief over leaving friends and fear of the unknown in Portland.  Not too bad.  Manageable.

But at the heart of the dream was the paralyzing fear of dementia.  Undoubtedly this is on my mind after my visit with my brother, Nick, whose stroke-induced dementia is preying upon his day-to-day life at the moment.  New medicines will hopefully restore him to some equilibrium.

Nick and I are so much alike: pumpkin pie, a love of the arts, chaplaincy.  What if we are REALLY alike? The stress of this move has burdened my middle-aged brain to where I’m not remembering, getting things mixed up, feeling confused. This is very normal.  The dream tells me though, that I have a “let’s not trust God” fear of losing my cognitive abilities.  Nothing like worrying about something that hasn't happened! What I need to remember is that Nick and I are alike, not the same.

I can spout off all sorts of things about spirituality and dementia, but that really doesn’t help. So here at the end of the “day after,” I have come to a conclusion.  I need to watch Nicky more.  Is he bothered by what’s happening to him?  Sure.  But he has placed his life in God’s hands and knows that God has more for him to do.  He knows God will never abandon him.  I need to continue to consider the lilies of the field (Matthew 6:28) and let go of that which I cannot control.  Harrumph. Time to get ready for bed. Sweet dreams.
Posted by Maggie Sebastian at 5:13 PM